*That* story of mine from Brighton

At the 2012 UK Meet, held in Brighton, the opening session was “Novel Openings”, where writers from a number of sub-genres read out the opening (first 150 words – at least that’s what the guidelines said!) to one of their stories.

I volunteered to take part, and read out the following opening of my WiP, Rare Breed. I had originally hoped to have finished this story by the time of the meet in order to be able to pitch it to publishers. Alas, it’s still not behaving even now… Some day it will.

Hands on hips, Chris glared at his feathered opponent.
With a twinge of guilt he began to wonder if his impulsive
nature had finally got the better of him. ‘You’ll bite off more
than you can chew one day, my lad,’ his father’s voice
echoed to him down the years. Shaking such thoughts from
his mind, he forced his attention back to the present
conundrum. The squawking, crowing, feisty conundrum
stalking round his back garden.
“Would you like a hand?”
Chris jumped from surprise, nearly treading on one of
his girls’ feet as he turned. She squawked and flapped at
him but he barely noticed as he drank in the figure leaning
on his gate. Six-foot-two, shaven-headed, built like an
oarsman, hot as hell even dressed in an old t-shirt and
ripped jeans: Martin from next door, surveying the chaos with
a tilt to his head while he waited for an answer.
“Have you any experience with cocks?” 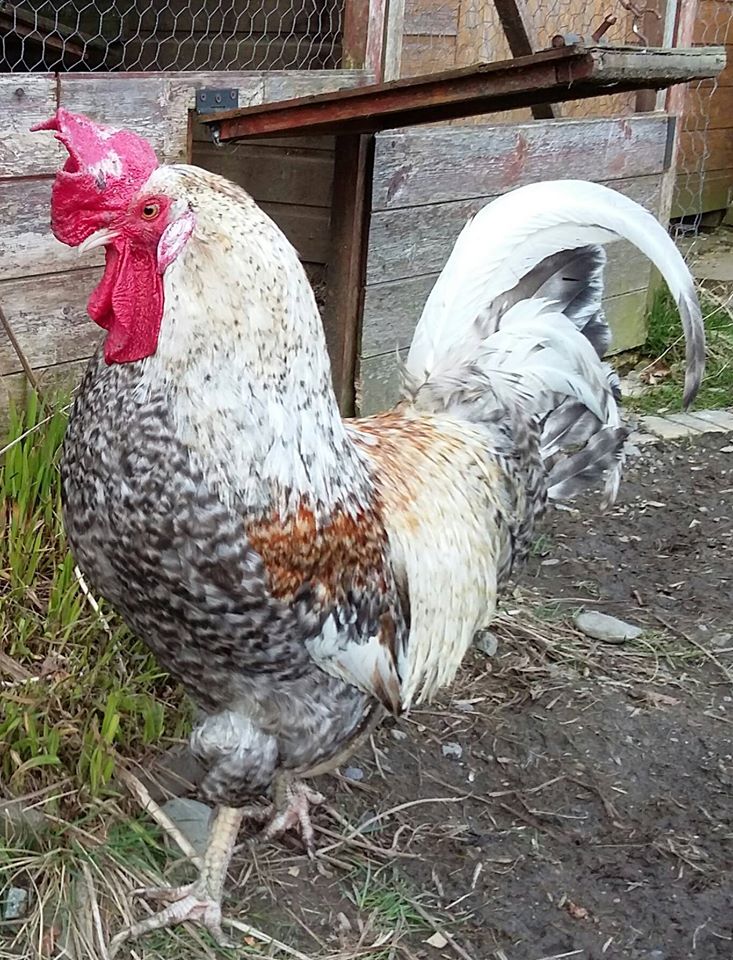 Blackadder, one of my cream legbar cocks, hatched in 2012