I think it was the title which most caught my eye when I came across this book last autumn and added it to my wishlist. In typical Honno style (yes, it’s another book published by Honno – in my experience that guarantees quality) it’s both lighthearted and serious. Deadly serious, you could say, since the book is a collection of women’s writing about the Second World War. Far more varied than other collections and anthologies I’ve read, the contributions comprise both prose and poetry, range from a few lines to several thousand words, and cover as many aspects of the War as you could hope to expect.

This is a collection of writing which could – and should – be read several times, and kept on the shelf to get down and ‘dip in to’ even once you feel you know the stories by heart. There are so many stories included that I’m sure even after 3 weeks I’ve forgotten most of them…

Just a brief mention of two stories which have definitely stuck with me: ‘The Bombing of Stettin’ by Johanna Wilkins, and ‘Belsen’ by Emily Bond. The first shows the devastation of war through a young person’s eyes, and frustration in being unable to stop it – as the character Vera says, “I shall have to carry the shame of what you and your fellow Nazi members have done to other human beings. Every decent German will be branded with your stigma for as long as they live.” The second – which is the last piece of prose in the book – reminds us that the effects of war continue long after its official ‘end’. Some of the facts revealed in Ms Bond’s account were completely unknown to me before, and perhaps more would be achieved if the mainstream media gave more emphasis to accounts like this rather than the over-simplified “and then the camps were liberated and Germany surrendered” which seems to be standard.

I’ve been aware for a good few decades of how the effects of the Second World War echo down the generations, still affecting us today – those long-term echoes were one of the things I tried to communicate in Under Leaden Skies – but there were of course immediate echoes and effects. Even within the account of how conditions and health were improved for the survivors of Belsen, there are moments where my breath caught for other reasons: “We were all sprayed daily with DDT.”

As with all historical accounts, this book left me reflecting not just on the past and how far we’ve come in knowledge and understanding, but also in how far we still need to progress. Given the current political climate and how widespread violence and war are around the world even today, books like this should be given far greater prominence than they are.

In summary: read it. I challenge anyone to read it and not learn something new. 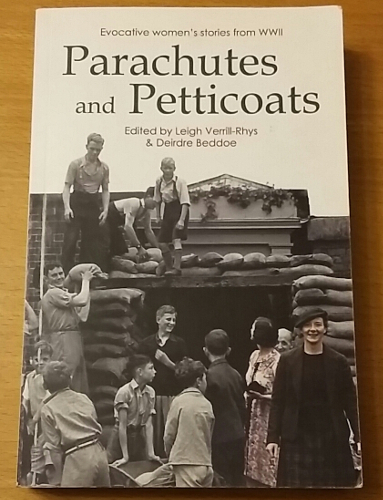